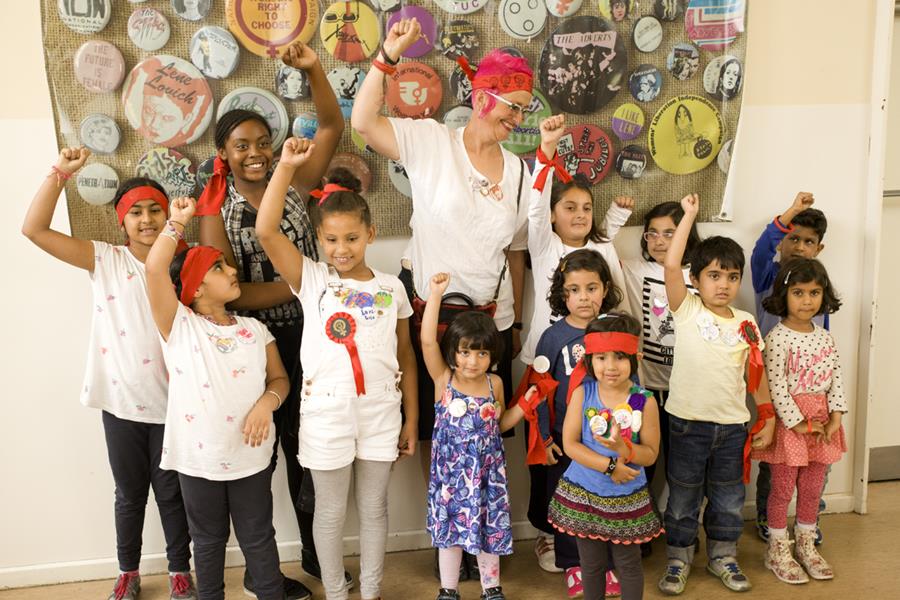 On 25th August we hosted our fifth and final ‘Artist Takeover Day’ at the Creative Café on Marks Gate; it was also our last day on Marks Gate. To celebrate our finale in style artist Rachael House delivered ‘Rachael House’s Feminist Disco’.

The Feminist Disco provided a unique experience for Marks Gate residents, artist Rachael House organised a variety of activities themed Feminist for people to engage with. It was an interesting and unforgettable day!  Read her experiences of the day: 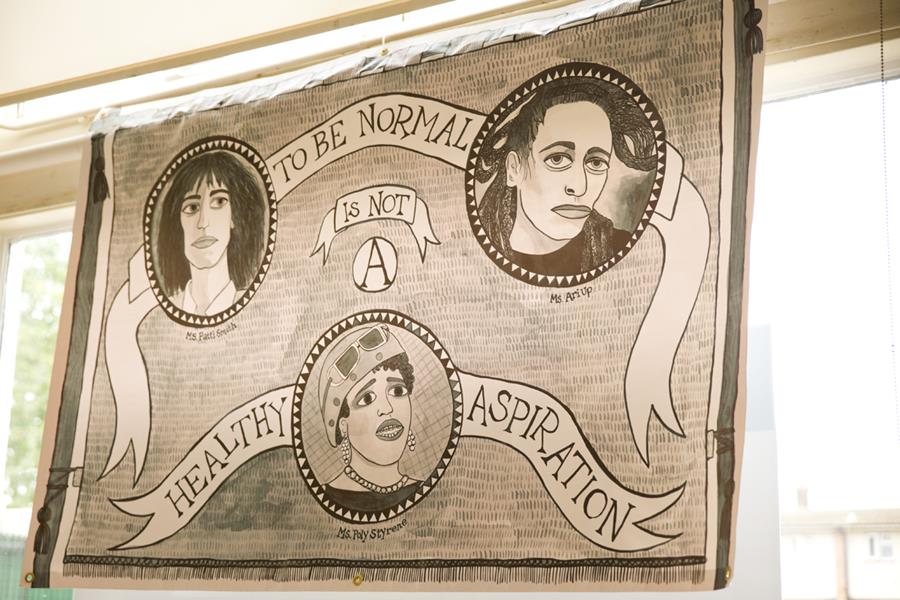 Community Centres- there aren’t many around these days. Feminism relies on community (and communities), feminists can’t be out for number one, our aims are for respect and gender equality internationally, and we don’t call it ‘sisterhood’ for nothing. So bringing my Feminist Disco art project to Marks Gate Community Centre was an opportunity I jumped at. When Sadia Ur-Rehman invited me to mark the close of her project the Creative Cafe, I was pleased and excited to take part.

Rachael House’s Feminist Disco has taken place in art galleries, an experimental art and music festival, a queer punk festival and an artist’s studio. It has featured film, performance artists and academic talks as well as music. It’s an art project that thinks it’s a disco. It puts the ‘disco’ into ‘discourse’.

I strive for my work to be for all ages, to make a space where adults may play as much as children and where young people and children are taken seriously. But I knew that there would be more children than usual at this Feminist Disco, and I looked forward to a different sort of event…

There were my sculptural islands, banners and pennants, music on Dansette record players and a feminist art gallery everyone was invited to add to. Especially for the Creative Cafe there were also THREE ‘pin the something’ games (pin the tie on Patti Smith, braces on Poly Styrene and plaits on Lene Lovich). With prizes. Not to mention feminist pass the parcel, with forfeits. And more prizes. Feminist badges were made with able assistance from the Creative Cafe’s wonderful team, and even biscuits matched the theme.

Many of the children attending probably hadn’t thought much about feminism, but they live in a world where gender may limit their choices, from the colours they wear to the sports they play at school. Small things maybe, but potentially damaging to boys as well as girls. I hope these children will remember this experience of a feminist event as one which included fun and laughter, a day that wholeheartedly celebrated women and girls without excluding boys and men.

At the end of the day mothers and daughters left wearing badges they had made bearing feminist slogans and images, lo-fi social networking, sending messages to neighbours, family and friends. Hand printed red feminist bandanas were tied around wrists, necks and heads. I will treasure the badge made for me, with text saying ‘Be Proud Be Righteous’. Typical Girls A Feminist Gallery had many additions, including Tracy Beaker, a ‘very clever Mummy’ and my favourite, ‘a loud girl’. 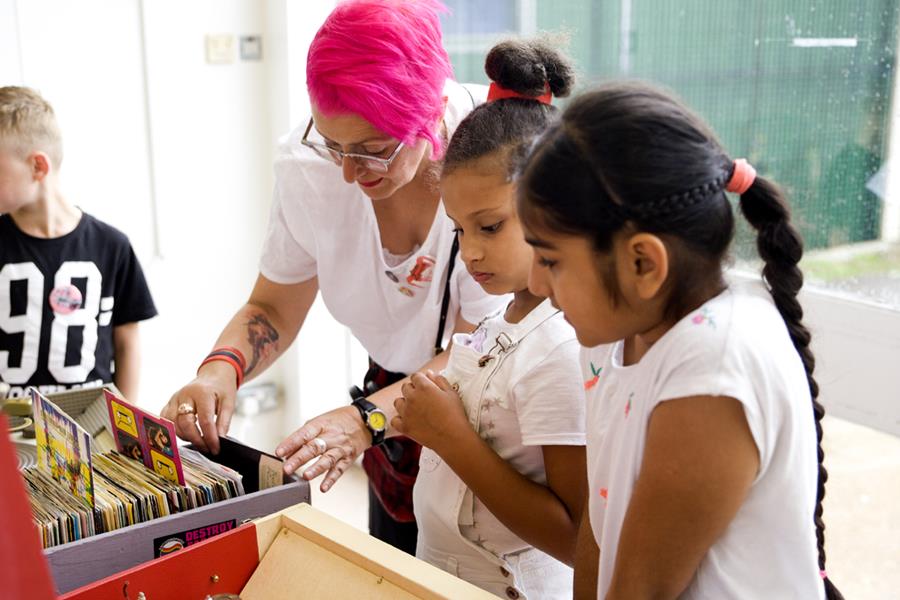 I’m going to remember showing children how to use the Dansette record players, and realising that they had never seen a vinyl record before. I won’t forget the young boy breakdancing to X Ray Spex. After all, as Emma Goldman said, ‘If I can’t dance I don’t want to be part of your revolution.’

Rachael House is an artist who makes events and objects. She is also co-director of artist run Space Station Sixty-Five.