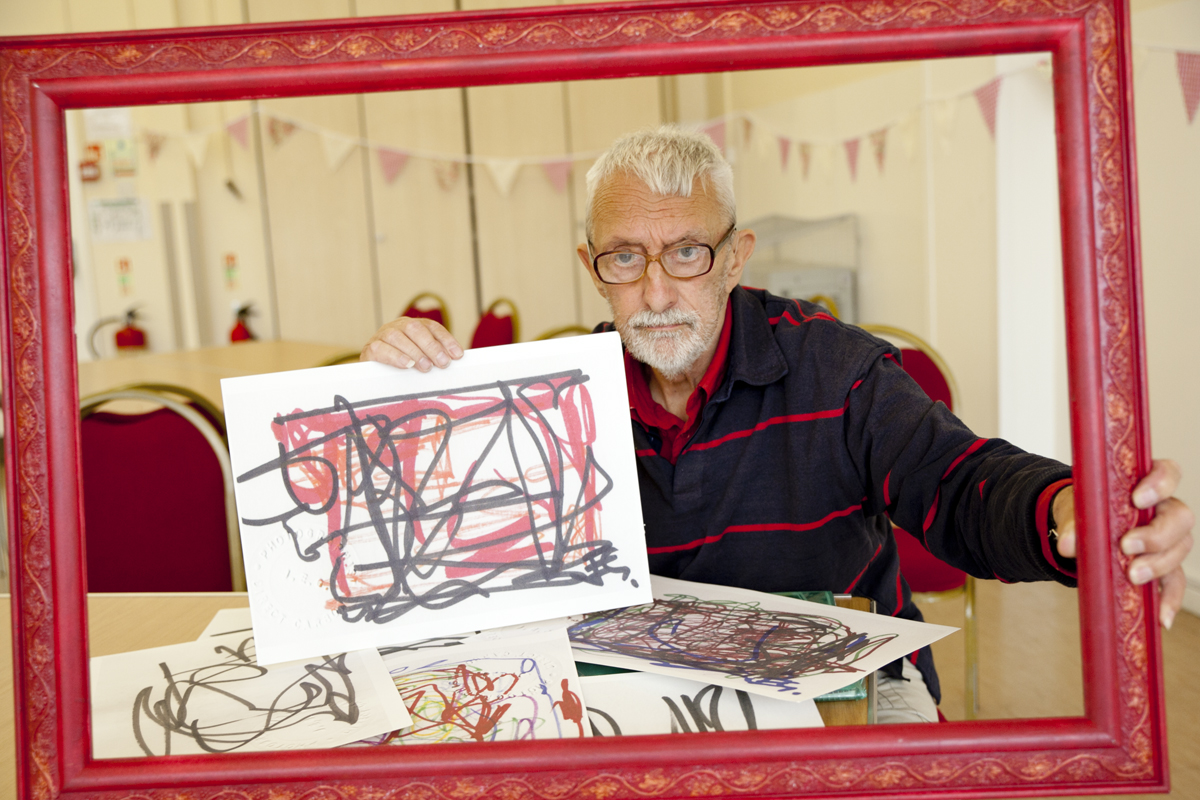 As part of the Framing Marks Gate series we photographed and interviewed a series of local residents and key workers who have played an interesting role on Marks Gate. Meet John Grocott, Marks Gate resident and artist. John’s art project ‘Free As a Fly’ has been of great interest to us and we particularly love his doodle postcards!

What’s your name and age?

Tell us a little bit about yourself.

I was brought up in Hackney during World War II. In 1952, at the age of 16 I became an apprentice to the trade of hand engraving for seven years in the City of London. I eventually was employed as an Arts Assistant in Ilford and then at Barking College, again as an arts assistant. In 1974, my wife experienced a stroke which left her disabled right side but still mobile and so I took a job as night school and college caretaker in Havering, employed at short term homeless hostels for ten years until 1999 when I retired. Since then I have regained my lifelong practice, interest and enthusiasm for abstract graphics following on from my engraving work in the 50’s and 60’s. This has led to my current art project ‘Free As A Fly’ in which I use the art of doodling to create a series of one-off postcards and works of art. I have sent these postcards to both artist Tracey Emin and arts collector Tamara Beckwith in the hope that I will be discovered one day!

Why are you on Marks Gate?

I live on Marks Gate. I met my wife during employment with Barking & Dagenham Youth & Community Service and moved to the estate thereafter.

How long have you known Marks Gate?

What are your experiences of Marks Gate?

Commercial facilities and the council infrastructure has improved over the years.

My wife runs the Barking & Dagenham Stroke Club from the Marks Gate Community Centre every Tuesday, I attend each week to support with the club.

Tell us a special memory that you have of Marks Gate.

Working with my wife and organising an exchange with German, Czech, Turkish and local students at Hainault Park site for two weeks.